April 11th concluded the fifth season of School for Young Physicists, a monthly event that gathers up to 200 school children from all of Latvia. This past season, it took place eight times - once a month September through April. The average attendance was approximately 150 students each time. Every month a different topic is explored, the latest being the physics of rotation. The activities include two popular lectures lead by students from the University of Latvia, in which basic concepts of the theme are introduced in an easy to comprehend and entertaining manner. 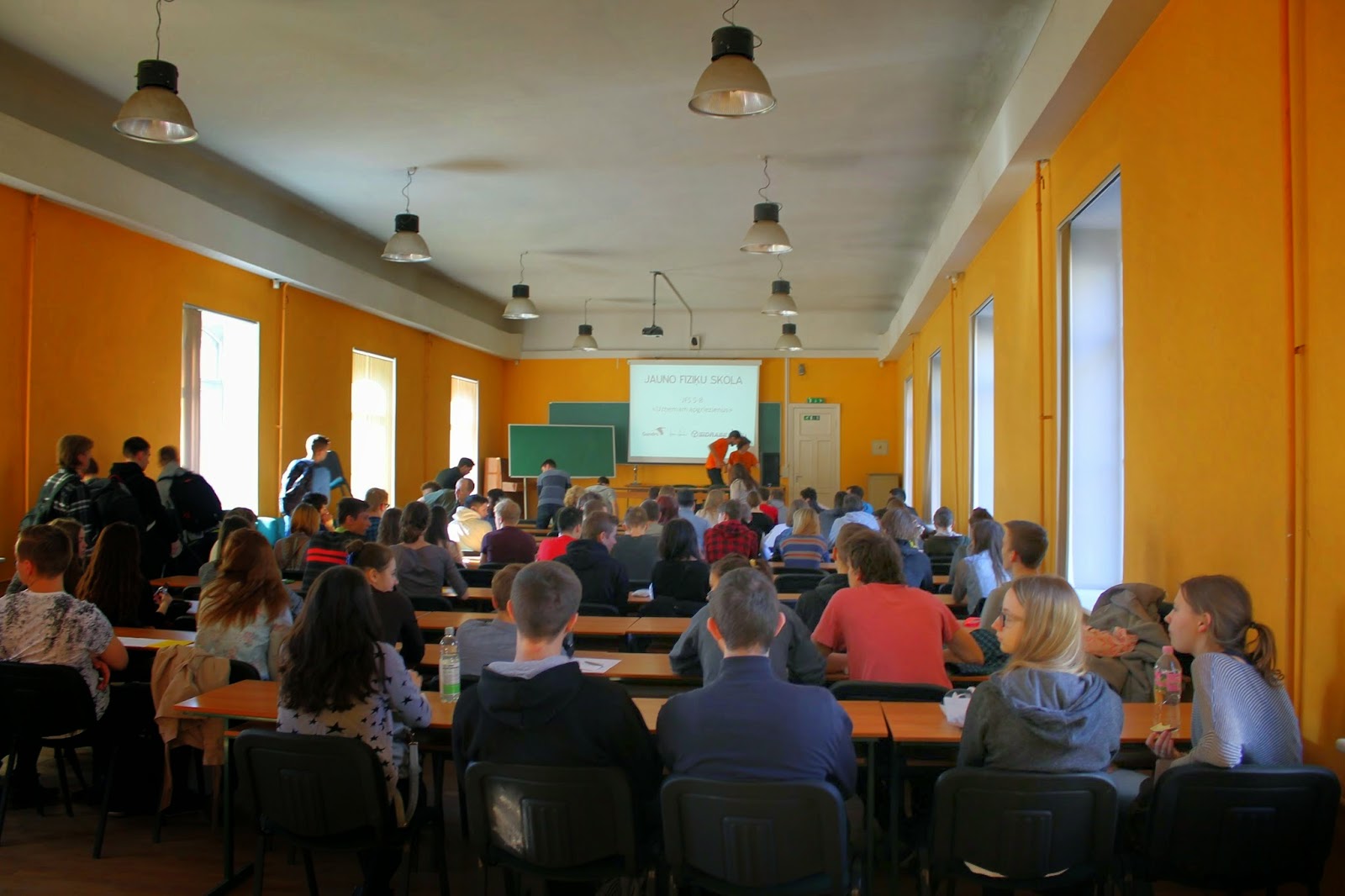 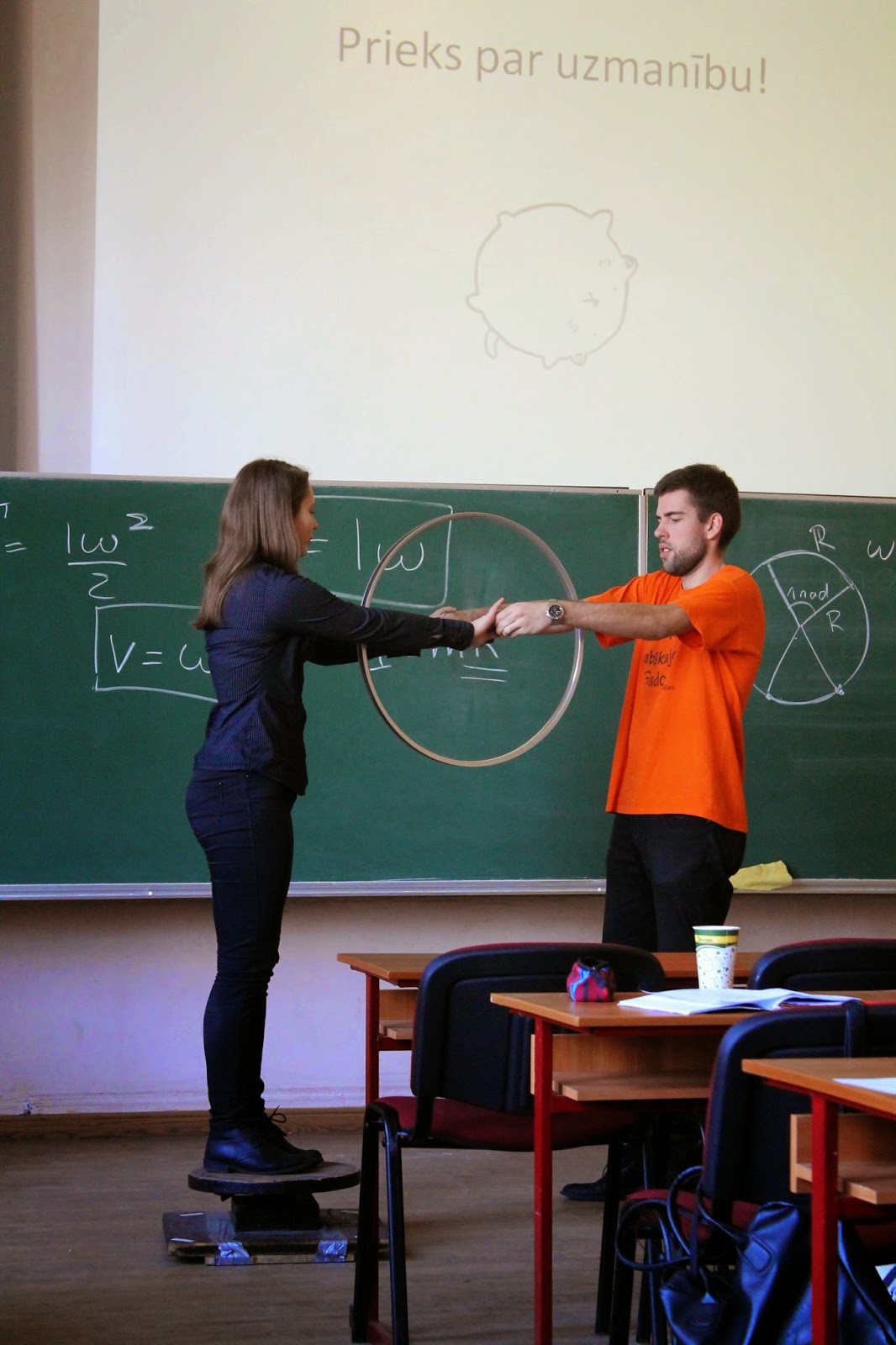 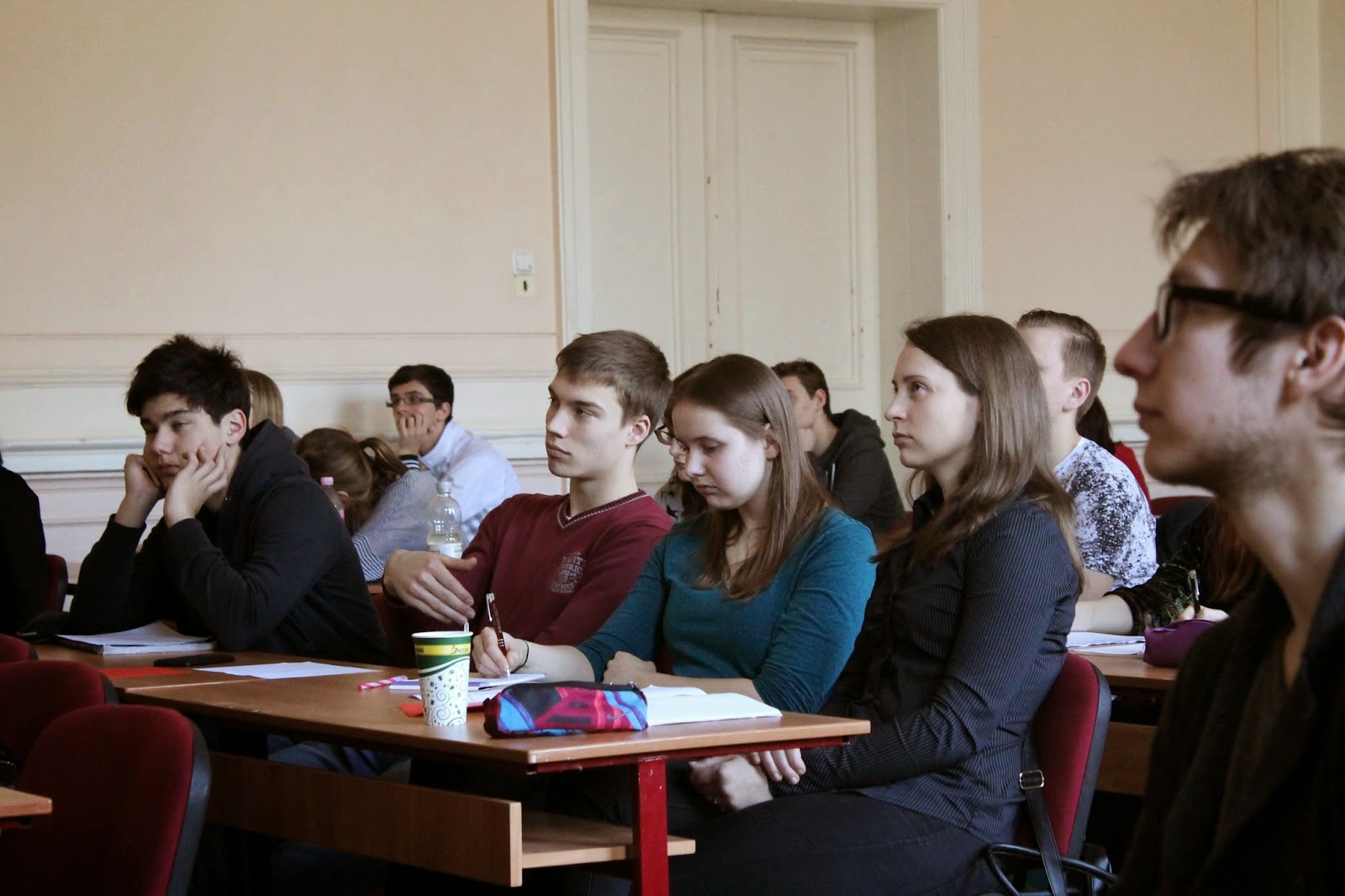 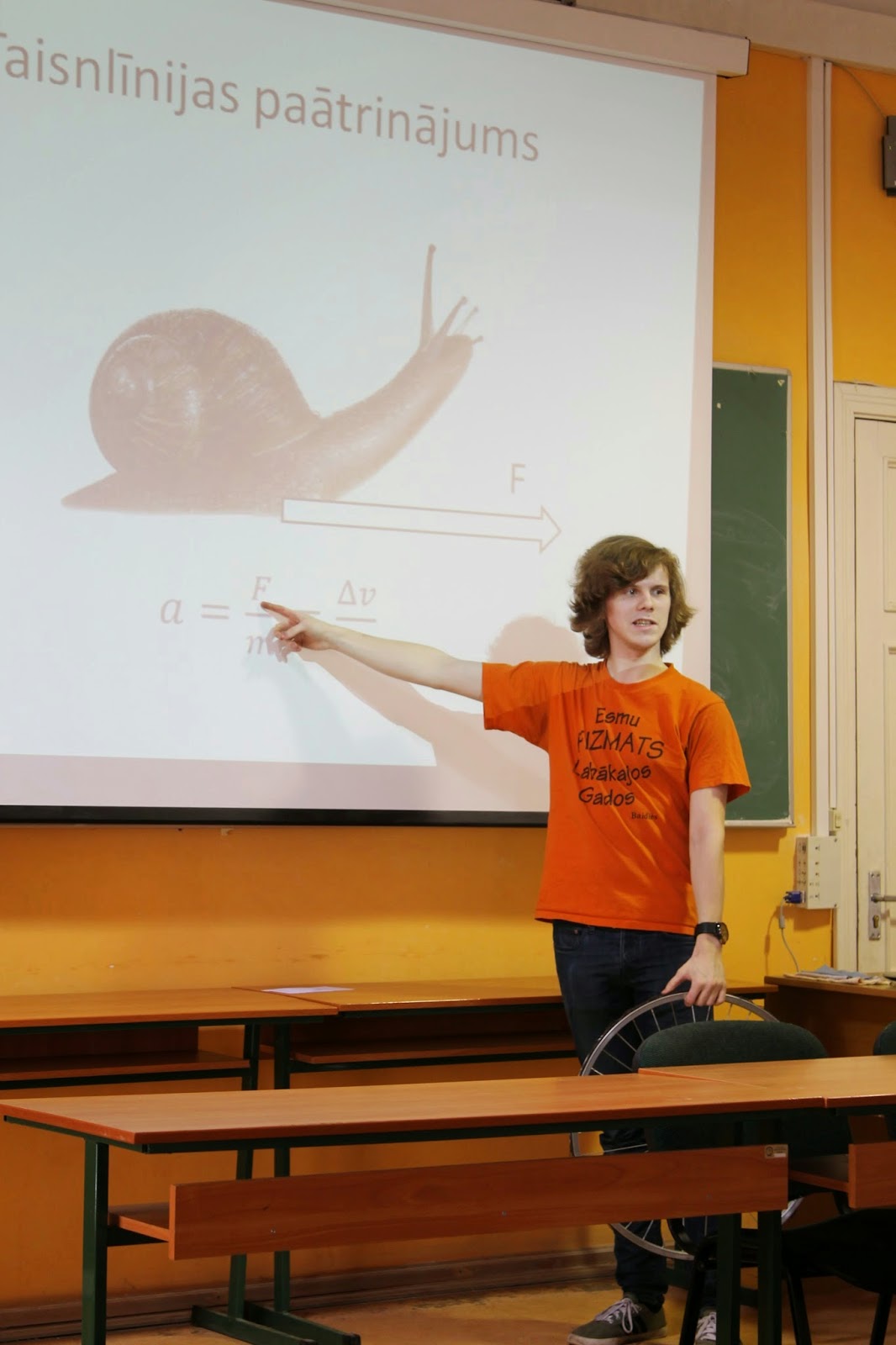 Thereafter, the attendants experience in real life the phenomena introduced in the lectures by conducting an experiment, which always is made in a way that is different from what students do in school. Lastly, a professor from the University of Latvia tells a more in depth story about the month's topic, usually involving a more scientific approach than the popular lectures. 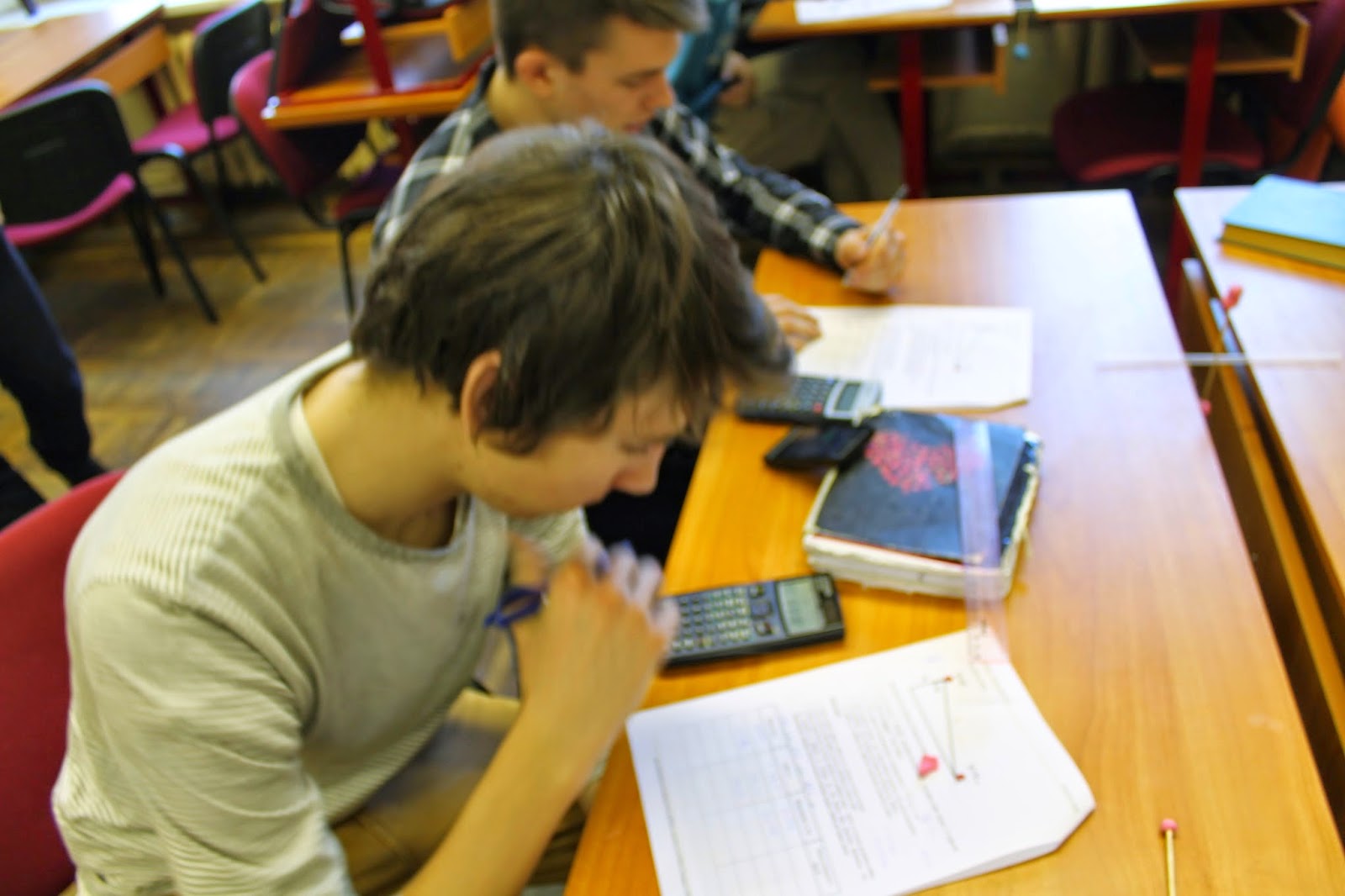 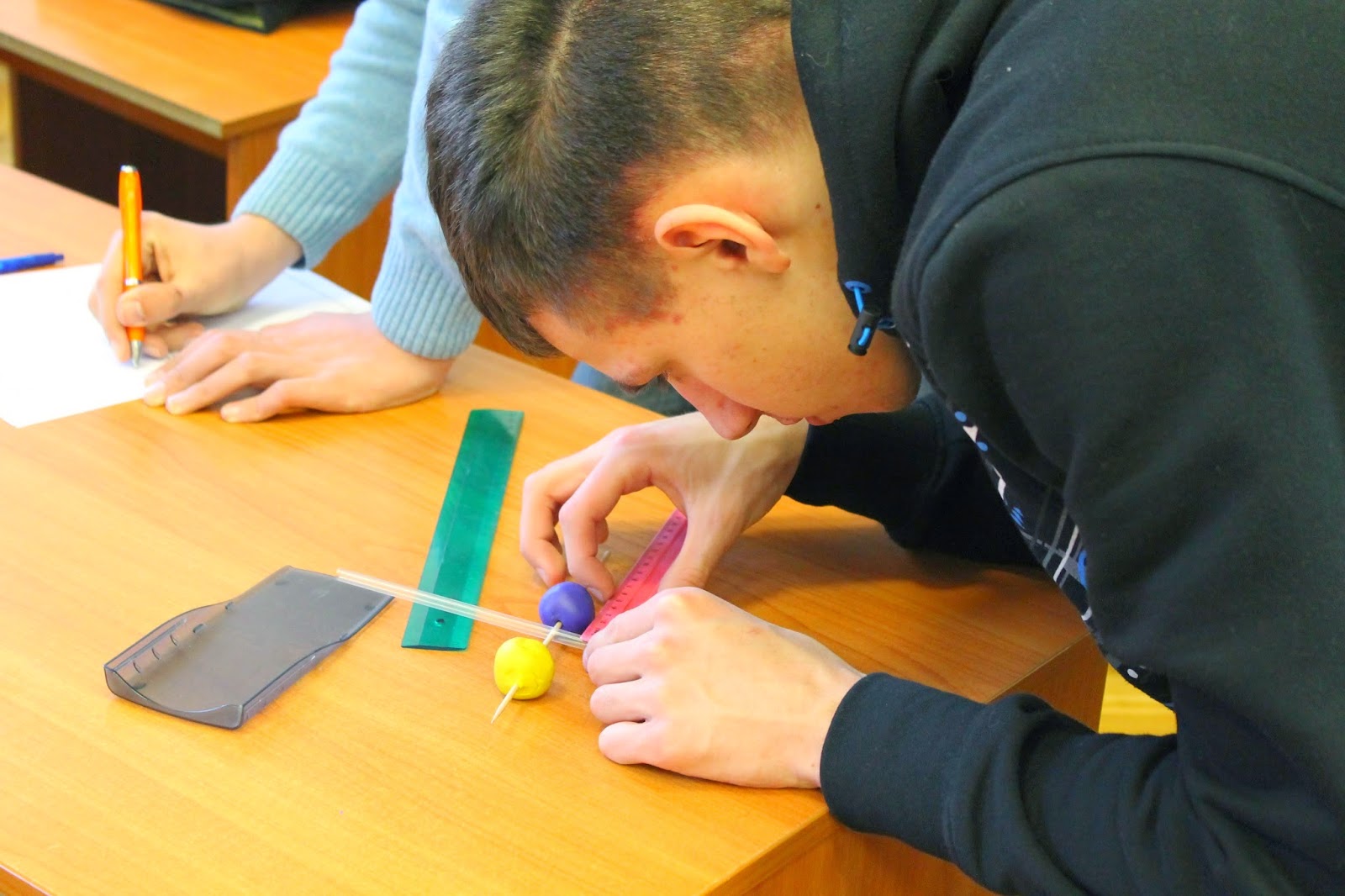 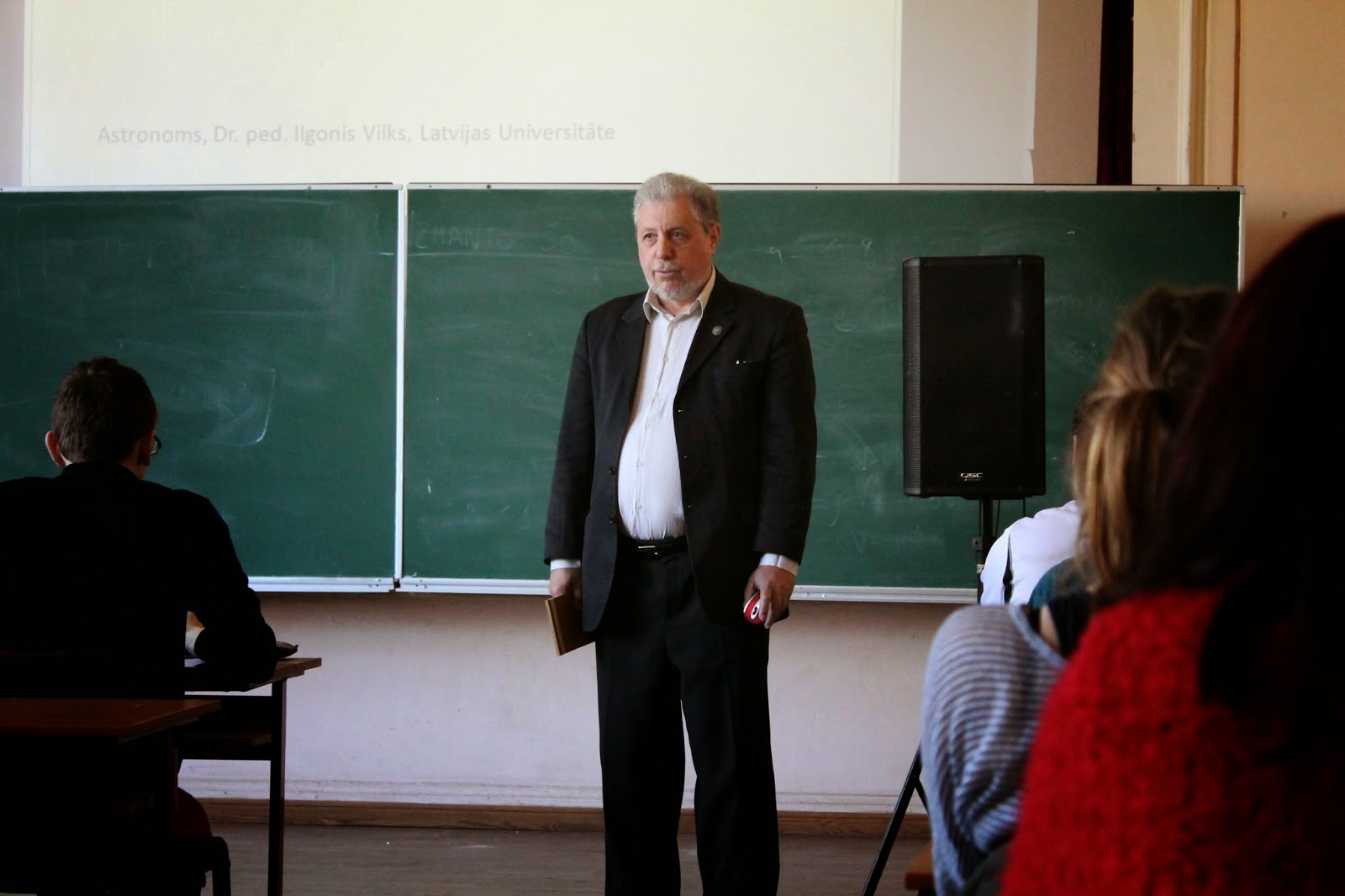 As the whole event is five hours long, there is a pause after each activity, during which the school students can stretch their feet or have some tea and grab a bite from the snacks provided. Each time we prepare various types of sandwiches with cheese, vegetables etc. and chocolate and cookies later on. 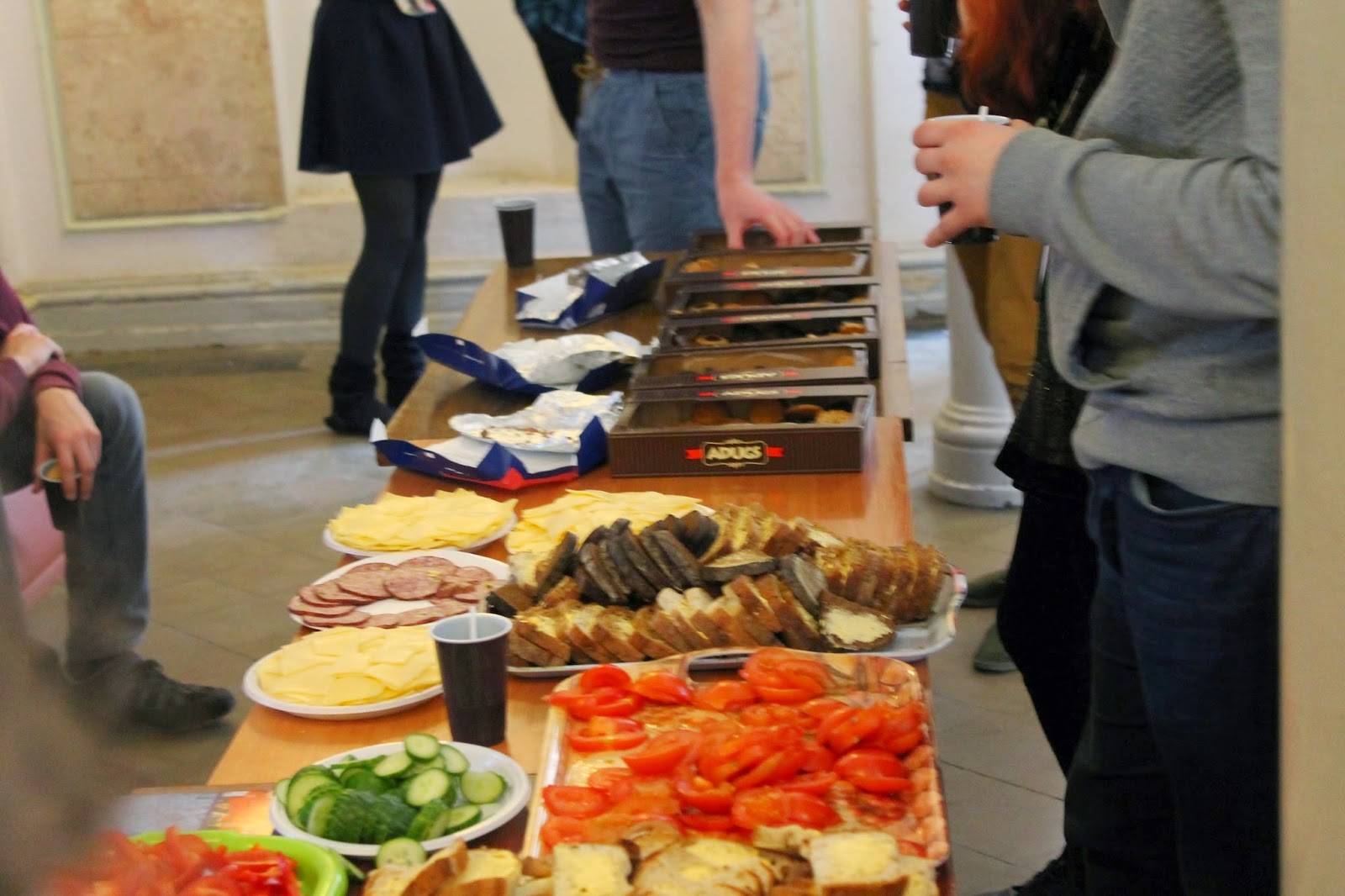 After the popular lectures, the children take a test and the best receive some small awards. The test scores are all gathered up and kept throughout the season in order to see which perform the best overall. At the end of the season, the best students are awarded larger prizes for their performance throughout the year. This season also saw the debut of the School Cup, which was won by students from Tukums 2nd Secondary school.
Posted by University of Latvia Young Minds Section at 13:52