Another record semester for the School for Young Physicists


This semester, SYP kicked off its 8th season in style. In September, the main topic was military physics, and the session was very special. For starters, the topic garnered great interest from students, and a capacity number of 320 (!) students attended, which was a monumental increase over the previous record of 250 people. Managing such a large crowd is a great challenge, but our organizing team did a splendid job in making sure everyone was attended to.

However, this was not the only extraordinary thing to happen – after the popular lectures, the experimental part had students doing all kinds of military related things, for example – decoding messages and working with electronic sonar detectors, but the main attraction was shooting with paintball guns and analyzing the trajectory of the paintballs experimentally and theoretically. 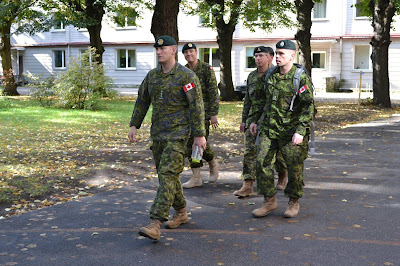 Representatives from the Canadian army arriving at the season opener session

Even this was not the most surprising thing to happen – for the last in-depth lecture we had a representative from the Latvian Army and two Canadian army officers – one a PhD in physics – who gave lectures about their everyday work and the role of physics in it. This event caught enough attention that the Army sent over a reporter crew to film the entire process, which was a first for SYP. 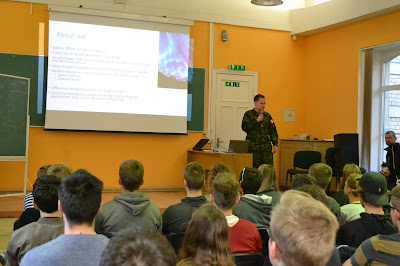 Signals Officer from Quebec giving his lecture to the audience

After the first session, attendance rates remained very high, stabilizing at 250 attendees for every session until December. In later sessions, we looked at  radioactivity and nuclear physics, at chemical physics and at thermal physics. In all cases, students learned something outside of the school curriculum. Highlights include a popular lecture introducing students to the topic of quantum physics in chemistry and an experiment with colored ice cubes visually demonstrating the effects of convention in a glass of water.

We’ve also commenced the third year of our School Cup competition, allowing teams of students to represent their schools during the season and compete for prizes at the end of the year. Each year, we try to add new quirks to the competition, and this year the homework tasks have been revamped to be more fun for the teams involved. At the end of the semester, we also conducted a team quiz for teams to get a chance to score extra points.

Altogether, the first semester of SYP’s 8th season has been a record-setting one, and we look forward to keeping the upward trend going in 2018. 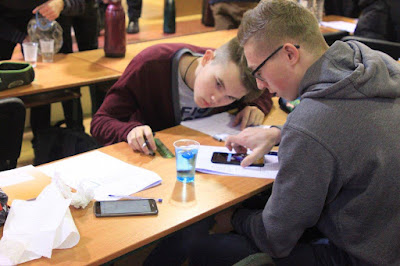