In September 2018, already the ninth season of the School for Young Physicists went underway. The season began literally with a bang – the first session was about the physics of explosions, which had students blowing up small scale pyrotechnics in the park and trying to determine the energy they release. As autumn set on and the weather got colder, so did the topics covered – in October, cold physics was the topic of the month. In that session, the star was prof. Vyacheslavs Kashcheyevs, who gave a lecture on Bose-Einstein condensate, which (despite not understanding much of it) every student loved. In November and December topics about nanophysics and experimental physics were covered respectively. These sessions were more about contemporary physics, showing students the landscape of modern physics. Participants also had a chance to try out Arduino microcontrollers in their experiments to create electronic measuring devices – a relative novelty in schools, but a mainstay in modern experimental physics. 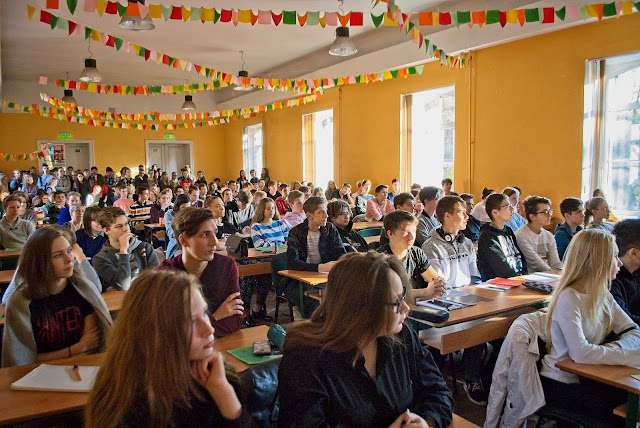 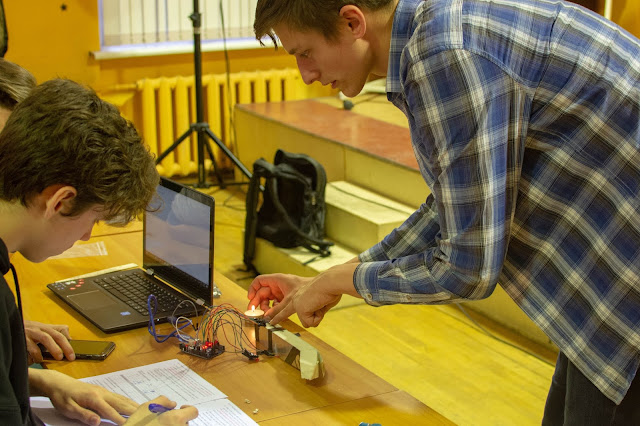 Together with season 9 the annual School Cup also began – for the fourth year already. Just like last year, teams of students representing their schools compete throughout the season by earning points for their team. Points can be earned by filling out tests each session and by completing homework tasks (a total of four during the course of the season). Students appear to enjoy the contest – north of ten teams fight hard for positions in the rankings. Students also enjoy the homework tasks – a highlight, for example, was solving Fermi problems, which was something completely out of left field for students who do not encounter anything like it in school.
All in all, the first half of SYP season 9 has been successful, continuing where season 8 left off.
Posted by University of Latvia Young Minds Section at 16:34