SYP plays a role in a Europe-scale endeavor

This past summer, the 3rd European Physics Olympiad (or EuPhO for short) took place in Riga, Latvia. It was an endeavor of previously unseen proportions for the Latvian physics community – almost all the major player in this field came together to make it happen. The team of SYP also played a role, as the experience of our team with high-school students came in quite handy. Members of the SYP squad helped both in the creation and execution of the experimental problem and also as supportive EuPhO team members (i.e. attachés, guardians during the Olympiad, problem checkers etc.). Our SYP team leader also was the leader for the national team of Latvia. 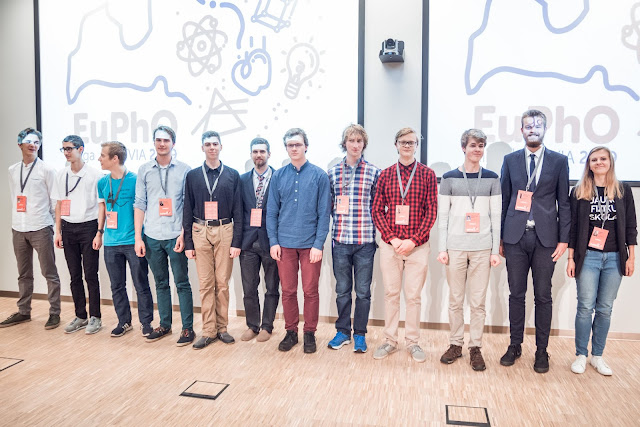 Furthermore, SYP’s work with EuPhO didn’t actually end after the Olympiad had finished. Instead, members of our team kept working to transform the experimental problem to a simpler variant that could be distributed to Larvian schools. In this way, 200 sensors left over from EuPhO have found their new homes in Latvian schools as part of an experimental kit that allows both to recreate th EuPhO’19 experimental problem and also perform plenty other, simpler experiments. 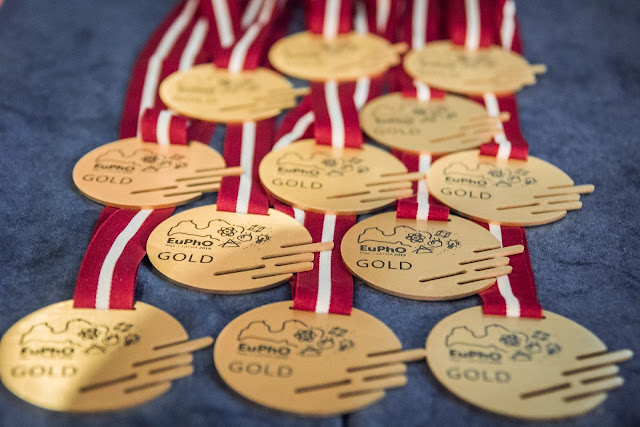 We are proud to have been part of both hosting the Olympiad and also working together with teachers and with the National Centre for Education of the Republic of Latvia to make use of the sensors left over after EuPhO in Riga. We’re glad to see the sensors being put to work in schools right now.


Posted by University of Latvia Young Minds Section at 18:38